Should People choose Non-COVID hospitals for cancer and other surgeries?

In general, fear is noted in the minds of people if they have to visit a COVID hospital. The fear is partly justified since the chances of exposure could be higher.

However, non-COVID hospitals, which follow a very strict protocol are the only ones safer for them. Routine use of masks, sanitising surfaces before touching them, face shields and social distancing still remain the cornerstone of prevention of COVID.

All non-COVID hospitals should follow the screening of people entering the hospital with the help of detailed enquiry, forms etc and preventive care should start right before the entry.

All patients to be admitted should be screened for COVID ideally with RtPCR and HRCT when required and should be quarantined at home or in an isolated ward before the test results are available. Strict policy for one attendant should be followed.

At LOC, we follow a strict protocol. There are screens/sneeze guards between the patient and doctor in every cabin. Surfaces are sanitised after every patient exit. Patients are made to wear gloves and masks before entry and every kind of patient contact or touch is avoided. UV sterilisers are used in all cabins including operation theatres.

All the rooms are fumigated and sanitised daily. The entire operation theatre team uses not only PPE but respirators and goggles for the entire team . Appropriate smoke evacuation devices, intubation hoods are used and patients are shifted in and out with masks only. The new normal after COVID is minimal stay in the hospital and most procedures have one day or minimum possible stay in the hospital. All the wounds are glued with a sealant instead of stitches and an online follow up is offered. 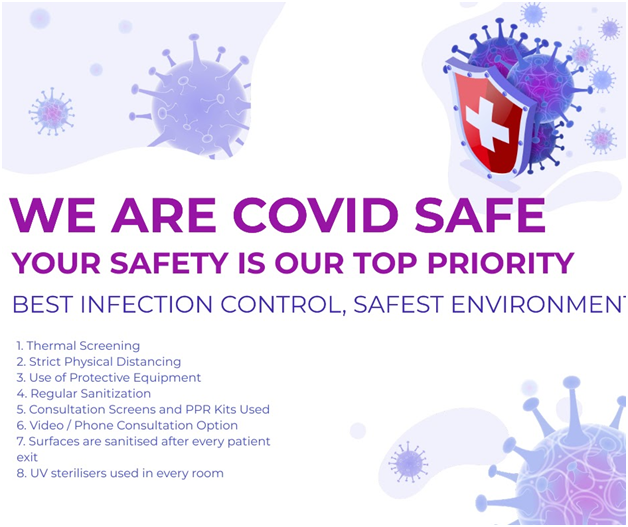 Keto Diet After Bariatric Surgery- Is It Safe? Is It Effective?


Here are some concerns which come to my mind:

Bariatric surgery does induce volume restriction and the principal is to maintain that restriction for a longer period. It may not be easy to achieve the composition like the keto diet, for example, 70 per cent calories from fat, without compromising on the necessary elements like protein, fibre and minerals. At the same time, absorption of those calories is not certain in bypass procedures which may defy the mechanism of the diet. On the other hand, in some individuals or after procedures like sleeve gastrectomy or at times even bypass, it is likely that the total calories may even exceed than the usual bariatric norms.

The basic mechanism of the keto diet is the preferential use of fat as energy by inducing ketosis. There is no evidence to know whether this state of ketosis can be induced in the same manner after bariatric surgery, as if in a normal individual. The change in hormones after bariatric surgery and subsequent change in metabolism induces weight loss, rather fat loss.

Even though bypass procedures have fat malabsorption, one does not know whether we should offer this challenge of excess fat in these patients. It may induce rapid transit, frequency of stools, loose motions and malodourous stools in some procedures. It is not known whether dumping would be frequent and whether frequent dumping would be favourable. This different phenomenon may define a different ‘keto flu’ like syndrome in these patients after keto diet.

There would certainly a change in gut microbiota induced by a keto-type diet rich in fat and low in fibre. Whether it would lead to adaptation for better fat absorption is still not known. If it does, it may compromise the result of the procedure over the long term, especially with the question whether the keto-type of diet would be sustainable over the long term. In my experience, a few of the patients who attempted keto diet, succeeded in losing weight for a short period and eventually all 32 of them became candidates for revision in the next two to three years.

It appears that Keto-type of diet after bariatric surgery will aggravate protein, mineral and vitamin deficiency. Guidelines for these supplements may need to be modified while the individual is on a keto diet and will need further studies.

The keto diet does not work well after bariatric surgery for the following reasons:

Although the keto diet does show some short-term promising results for weight loss, it is not a good diet strategy after bariatric surgery. A lifestyle that supports a healthy weight after bariatric surgery is something that can be followed life-long, with protein at the centre of the diet. The keto diet with its extremely high-fat content, very low carb content, exclusion of grains and fruit, and low fibre content are potential concerns for overall health. This is even more of a concern after bariatric surgery when portions are limited and nutritional deficiencies are a risk.