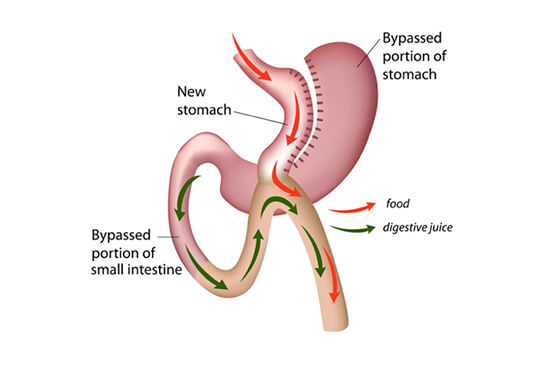 The Mini-Gastric Bypass or single anastomosis gastric bypass, is an effective and well-established procedure which combines some of the properties of a  gastric sleeve and a  standard gastric bypass. The upper part of the stomach is divided into a tube, similar to the top three-quarters of a sleeve, and then joined to a loop of intestine.

The mini-gastric bypass can be used as a primary weight loss procedure. It can also be used in patients who have had previous gastric banding or sleeve surgery but have been unsuccessful with weight loss, or who have had band-related complications and have decided on revision surgery.

It is not ideally suited to patients with symptoms of reflux disease (severe heartburn that needs medication).

The mini  bypass procedure helps you to lose weight in different ways: