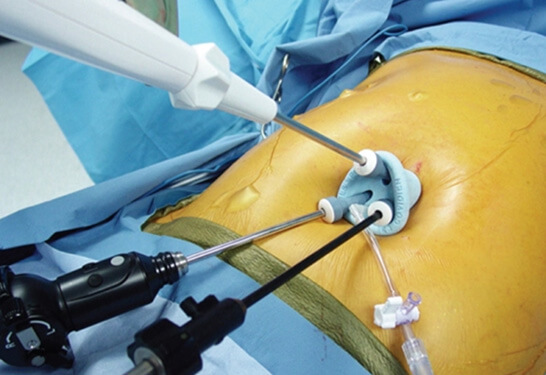 The Single Incision Laparoscopic Sleeve (SILS) is rapidly becoming a popular laparoscopic weight loss surgery in INDIA. There are not a lot of doctors that can perform this laparoscopic procedure, which is why LOC is pleased to announce that Dr Shashank Shah is one of the few qualified surgeons to perform this procedure!

He has taken his skill to a new level and took his time to meticulously learn and master this new and popular weight loss surgery!
The Single Incision Laparoscopic Sleeve (SILS) or in other medical terms the Single-Incision Gastrectomy, is performed with only a single laparoscopic incision through the belly button unlike the traditional Gastric Sleeve surgery which uses 4 to 6 small incisions.

LOCs outstanding and skillful doctor, Dr Shashank Shah, performs the Single Incision Sleeve (SILS) by entering the abdomen and gaining access to the stomach through the belly button.  Once the stomach is reached, Dr. Shah gently cuts and reduces about 80% of the stomach.  Since only the stomach is removed, the chances of vitamin deficiencies and “dumping” syndrome are highly unlikely as with the gastric bypass (RNY).

Sometimes, there is a small possibility you could need a second, very small incision for a drain to be put in. If it is needed, the scar in most cases is not even noticeable and often resembles a “scratch” as some patient’s describe it.

The advantage of the Single Incision Laparoscopic Surgery:

Those who may qualify for the Single Incision Laparoscopic Surgery:

Get Directions
Get appointment

Get Directions
Get appointment