The spleen is a delicate, fist-sized organ in the upper left region of the abdomen. To be precise rests under the left rib cage near the stomach, which is an important part of the defence system of the body. It plays a role in the body’s blood production and immune system since it contains special white blood cells. Spleen also helps to remove or filter old red blood cells from the blood in circulation. 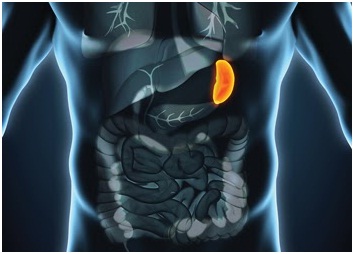 Splenic Pathology, a disease of the spleen can uncommonly necessitate the removal of the spleen. Such problems include an abnormally large spleen, an overactive spleen (which may destroy some of the body’s own blood cells) or spleen involved by cancer.

Splenectomy is a surgical procedure to remove the whole spleen. The procedure is called a partial splenectomy, where only a part of the spleen is removed, 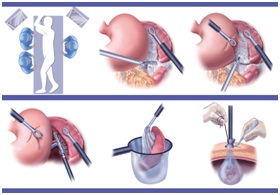 In Recently times due to significant advances have taken place in laparoscopic skills and technical instruments, Endoscopic surgery involving improved and advantageous techniques are available in almost all types of conventional abdominal surgeries. Laparoscopic splenectomy with advanced surgical techniques has turned out to be the most popular option for treatments. With these new techniques, even massively enlarged spleens are removed from the abdominal cavity through smaller incisions using an electromechanical morcellator,

About 30% of people have an accessory spleen that is the second spleen usually very small in size which may grow and function when main spleen removal is done. After accidents like road accidents, severe sports injury or similar incidences, if a piece of the spleen is broken off due to trauma during the incidence, it is removed and the remaining piece can continue the function and grow. Spleen has to be removed if any such injuries have damaged it, causing its covering to break open or rupture, since such rupture can result in fatal internal bleeding.

When is splenectomy recommended?

Spleen removal is recommended in case the patient has cancer involving the spleen or certain diseases that affect blood cells. It may be recommended in certain conditions when spleen may swell, making the organ more fragile and susceptible to rupture. The most common disorder where a spleen removal is necessary is a blood disorder called Idiopathic in some cases, such as patients with an illness like sickle cell disease, it can cause auto-splenectomy that is the condition that makes the spleen to shrivel up and stop functioning

What to expect during the splenectomy surgery?

The Splenectomy procedure is performed under general anaesthesia. The surgeon places a cannula that is a hollow tube, into the abdomen to inflate it with carbon dioxide gas to create a space for the operation. A laparoscope, a tiny telescope connected to a video camera, is put through one of the cannulas which projects the video of the internal organs and spleen on a video monitor. Several cannulas are placed in through multiple small incisions on the patient’s abdomen to allow the surgeon to place instruments inside the belly to operate and remove the spleen. A search and removal of any accessory that is extra spleens are performed since 15% of people have small, extra spleens. After the spleen is separated by cutting it from all that it is connected to, it is placed inside a special bag, morcellated that is broken into pieces and pulled out in the bag from the largest incision on the abdomen to remove it completely. Depending on the condition of the patient, the laparoscopic method may be converted to the open procedure such as a history of prior abdominal surgery causing dense scar tissue. The decision to perform the open procedure or to convert from the laparoscopic approach is made by the surgeon either before or during the actual operation, based on the patient’s condition.

What to expect after the splenectomy surgery?

After surgery patient is given Intravenous Fluids in the arm and pain medication to relieve the discomfort experienced from the small incisions. The surgeon gives the patients, discharge from the hospital when the patients resume oral food intake, urination and taking care of their own basic needs. Most patients return to their normal routine in a week after returning home.